Toppmeny EN
FacebookLinkedinYouTube
This site uses cookies to improve our services. Use of this site implies your consent. For details about cookies and how to disable them, see our privacy policy. close
Elecosoft > Case > Bidcon > Memmo to the rescue when A-inredning & Bygg rebooted

Memmo to the rescue when A-inredning & Bygg rebooted 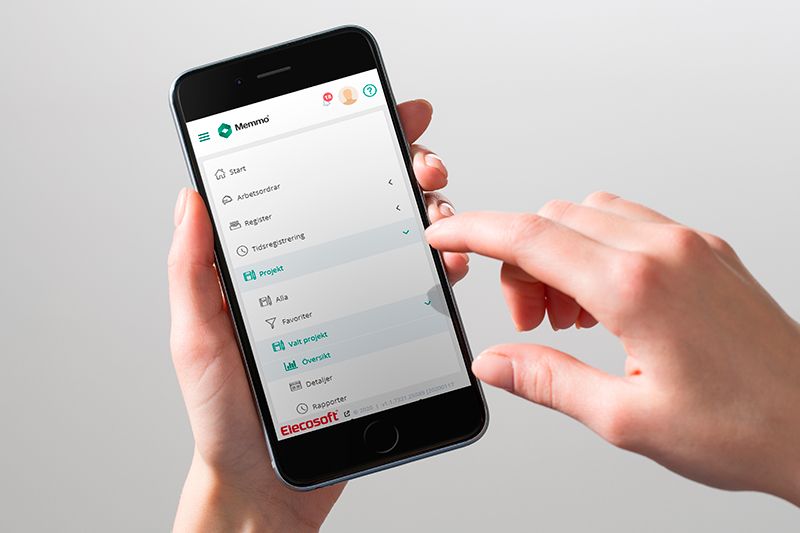 A-Inredning & Bygg, based in Mamö Sweden, got a fresh start in the autumn of 2020. An investment that became possible through a distinct increased digitisation.

– We needed to do something radical to cope with the increasing administration. And after just one month with Memmo, it is a huge difference. I have full control and the time accounting is much easier for the staff, says Gert Svensson, CEO of the company.

A-inredning & Bygg is a carpentry company that since the mid-80s has been known for its solid craftsmanship and straightforward communication. They work with everything from new production and remodeling and extension projects to renovations, kitchens, bathrooms, and service projects. They are very proud that as a small construction company they still manage to work on large projects. This is due, to the combination of their competence, short decision paths and lean administration. All ten employees at the company are craftsmen.

The autumn of 2020 was a reboot and new start for A-Inredning & Bygg, partly because of one of the co-owners retiring. Today, they work on more than 20 projects at the same time and have a turnover of about the same number of millions. Their goal is to grow further.

– The secret behind successful projects is planning. It became even clearer when the management team became smaller and more responsibility fell on me. The more focus we can put on the planning stage, the better the projects, Gert points out. Who at the same time acknowledges that administration is not his favorite occupation:

– No, boring is the right description. I am a carpenter first and foremost, but at the same time I realises the importance of a well-functioning administration. Therefore, I decided that the whole company should be digitised.

A-inredning & Bygg has made estimations digitally in the Elecosoft software Bidcon for almost 20 years. While most of the others – time accounting, salaries, and invoicing – have so far been done manually.

– The first years with Bidcon could have gone better. When we bought it, both we and the seller were new to it and we did not use the best benefit from the software. But then we got help from Lars-Erik Einarsson at Elecosoft, and he has been a fantastic help.

– I know that there are many solutions on the market that can increase digitalisation. But since we estimate in Bidcon, and know that interface, it was logical to choose a solution where Bidcon and the new software would be integrated with each other.

The choice fell on Memmo, also an Elecosoft product. A cloud-based project management tool that serves as the cohesive link for all projects.

– We have only used Memmo for a month so far, but I can already say that it is fantastic. Easy to use for staff who can log in from any mobile or computer and report hours on projects. In addition, I get a much better overview of how profitable we are. In five minutes, I have full control of everything in the project…
The digital shortcuts have enabled the company to continue to focus on craftsmanship and keep administrative costs to a minimum. Today, A-inredning & Bygg handles all invoicing and other administration on a single day a week, thanks to the data generated in Memmo.

– Of course, we still have a lot to learn, and there are several new functions that we have not started using yet, such as sharing project folders and files with external partners. But without Memmo, this would never have happened. We had drowned in the administration, concludes Gert Svensson.